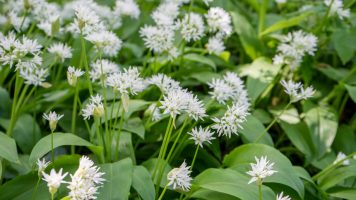 Wild about the Garlic

On déjà vu and redistributing the Poissons d’Avril.

Now follow carefully because something amazing is happening in Burgundy on April 1st, a date which most of us think of as April Fool’s day but which the French know as Poisson D’Avril. Interesting word ‘poisson’ which of course means fish. Interesting name Poisson, as in Siméon Poisson the great French mathematician who invented the Poisson distribution. 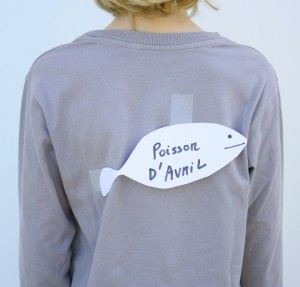 Now it’s important to realise that, whilst the context of this blog is all about the wonderful waterways of France, the Poisson distribution has nothing to do with the whereabouts of fish. Not even on April 1st when the distribution of paper fish is largely on people’s backs as French children go around trying to make fools of their friends and family.

Mais non, the Poisson distribution is a statistical prediction all to do with the probability of a given number of events occurring within a fixed time or space, and whether they occur with a known average rate or independently.

But even the great Siméon would have been fooled by what’s just happened, an event that must go down as one of unpredictable magnitude.

So here’s the thing – Le Papillon has gone full circle. Metaphorically that is as, if you’ve ever had the pleasure of cruising on her, you’ll know she has a turning circle only a little smaller than a baby Boeing. 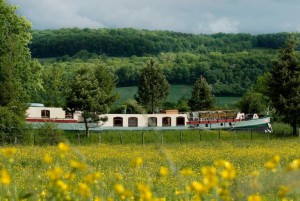 We could tell you that she has at last left the stewardship of Bill and Jenny Higgs and that a new crew is at the helm. The thing is that would be making a poisson of you because the new crew at the helm is in fact an old team on the block, assembled by the man who lovingly rescued and restored her back in the 1980s. The hotel barge Le Papillon has returned to the hands that nurtured her.

It’s a multi-national British / French / American team that includes a chef who has made several trans-Atlantic crossings cooking on yachts, travel guru Rick Steve’s leading tour guide in France and marketing experts based in the States. She will remain the cherished and beautiful historic boat that she is, ‘The Butterfly’ firmly back in the business of ‘transporting people into another world’.

As a member of the new/old team made the point that there was definitely nothing fishy about their decision, saying: ‘quite simply we would have been foolish to pass up on the chance of looking after such a fabulous craft.’ 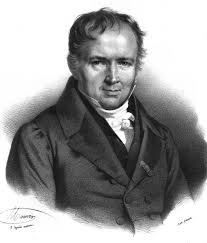 The French have a saying ‘plus ça change, plus c’est la meme chose’ – which roughly translates to ‘the more things change, the more they stay the same’.

Siméon Poisson would have known a thing or two about that – and in this case the Poisson redistribution of Le Papillon would seem to be around once in every 30 or so years. We wonder if he ever sailed in her?